Ally Meyerowitz recently returned from her free Birthright Israel trip with Israel Outdoors on Bus127 and shares her reflections on the trip in the blog post below, origionally posted on www.theodysseyonline.com. Thanks for sharing Ally! 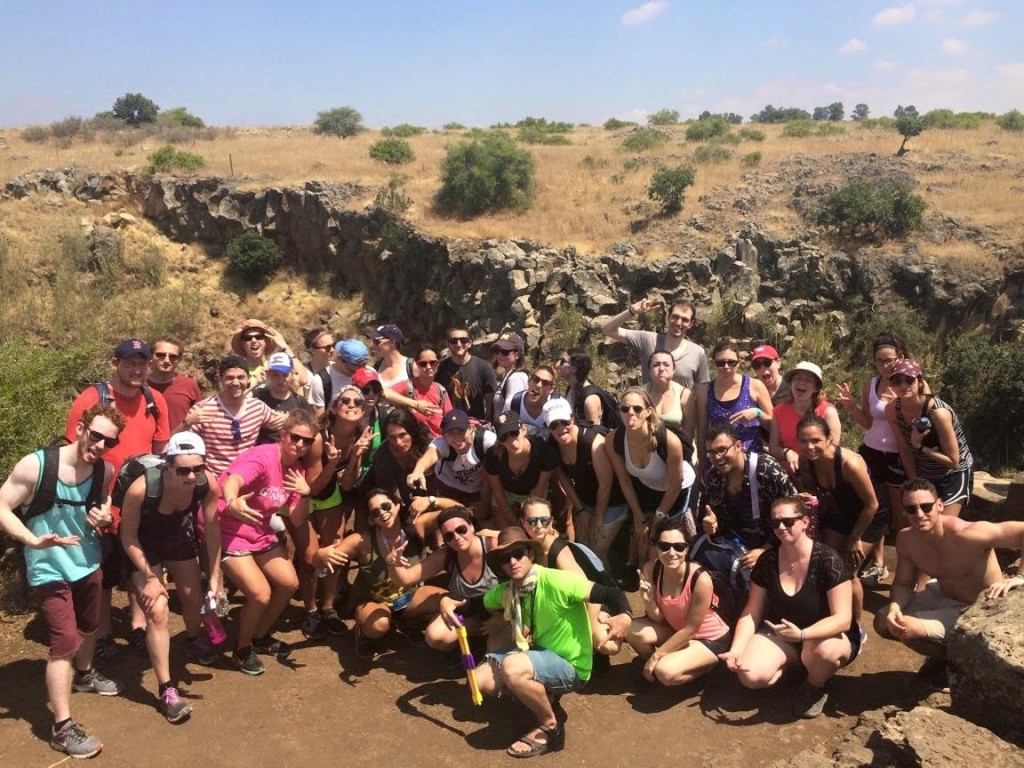 Truthfully, when I had signed up to go on Birthright, I wasn’t really that excited. I guess I was too caught up in my own life to really see what I was about to embark on. I knew how lucky and fortunate I was to be going on this trip in the first place, but I did not realize I was about to spend the next 10 days with some of the most amazing and enriching people I had ever met.

My sisters and I decided to go on this trip together and, to no surprise, we were already screaming at each other the second we got to the airport. Being that my sisters and I are very loud and obnoxious about 99.99 percent of the time we’re together, we had already made a name for ourselves the moment we got to the airport. If nothing is coming out of the three of us that other .01 percent of the time, something has gone very wrong and you should probably call for help. Just kidding…only a little, but the next 10 days were about to be quite the adventure for all of us.

The first few days of the trip were spent in the northern part of Israel in a town called Tiberias. It’s one of the smaller towns that are home to Israel, but that’s what makes it so rich. The people, the culture, the eclectic scenery–everything was serene. We were fortunate enough to spend Shabbat there, and what an enlightening evening it was. As we all sat outside on the eve of Shabbat, the whole town had gone dead silent. No stores were open, no public transportation was in service, no one was using their cars or their iPhones: it was like I was living in another dimension. I had never seen something like that before and what a culture shock it was to me. A day without any of those outlets being used? America wouldn’t last 10 minutes. I was even dying a little inside without being able to see what was trending on my Facebook or Instagram feed, but it was kind of eye-opening to see all of this happening right in front of me.

This was probably my first Shabbat that I had been to since my Bat Mitzvah, so it was incredibly special to me that I got to spend it in Israel with 41 other people who were sharing this Shabbat experience with me. Being that the whole city was observing the day of rest, all there was to do was get to know the other members who were on the trip. What do you do when you’re introduced to 41 new people? You learn their names. What started out as a fun little game for everyone else, turned into a funny five minutes of me horribly butchering everyone’s names while everyone was hysterically laughing at me. I think it was safe to say that the ice was broken between everyone in the group. Read More

Next: My Personal Taglit