Israel Outdoors group TL-31-294 is currently enjoying the last few days of their Taglit-Birthright Israel trip before heading back to the US.  Check out the update below!

On Monday, the group awoke before dawn to go on their much anticipated sunrise hike up Masada. They hiked the mountain using the Roman Ramp and learned about the amazing history of Masada from the top. After watching an incredible sunrise over the Israeli desert, the group hiked down and enjoyed a delicious breakfast at the bottom. Next, they drove to Ein Bokek Beach for a float in the Dead Sea. They relaxed by the beach, floated in the salty water, and covered themselves with therapeutic mud. Afterwards, before moving on to their next location, the group unfortunately had to say goodbye to their Israeli peers who they had come to know so well. It was very sad for them to see such a great part of their experience come to an end. Eight participants less, the group continued on further south to the thrilling city of Eilat. Once in Eilat, the group enjoyed a fun night out in the city.

Yesterday, the group began an exciting day in Eilat with a breathtaking hike up Mount Tzfahot. The group really enjoyed this particular hike and loved the incredible views of Eilat, Egypt, and the Red Sea. Then, they took a boat ride out on the Red Sea and got the chance to snorkel in the water to see some amazing corals and marine life! After lunch on the Eilat boardwalk, the group headed back into the Israeli desert. On the way, they visited Kibbutz Lotan, to learn about desert sustainability, which the group found very fascinating. Eventually, they arrived at the Bedouin Tents. They’ll spend the night tonight in Bedouin hospitality. Upon arrival, they learned about Bedouin culture, enjoyed an authentic Bedouin style meal, and finished the evening relaxing around a campfire.

Today started with a much awaited camel trek through the Negev. Then, they’ll hike the stunning desert canyons of Ein Ovdat. The group will also visit Sde Boker, a breathtaking desert outpost and the grave site of Israel’s first Prime Minister, David Ben Gurion. After wrapping up in the desert, the group will head north towards Tel Aviv. They’ll finish the evening with a closing dinner and wrap up session to reflect on their time spent in Israel. The group will head to the airport late tonightnight to catch their flight back to the states, bringing with them memories to last a lifetime.  We’ll miss you! 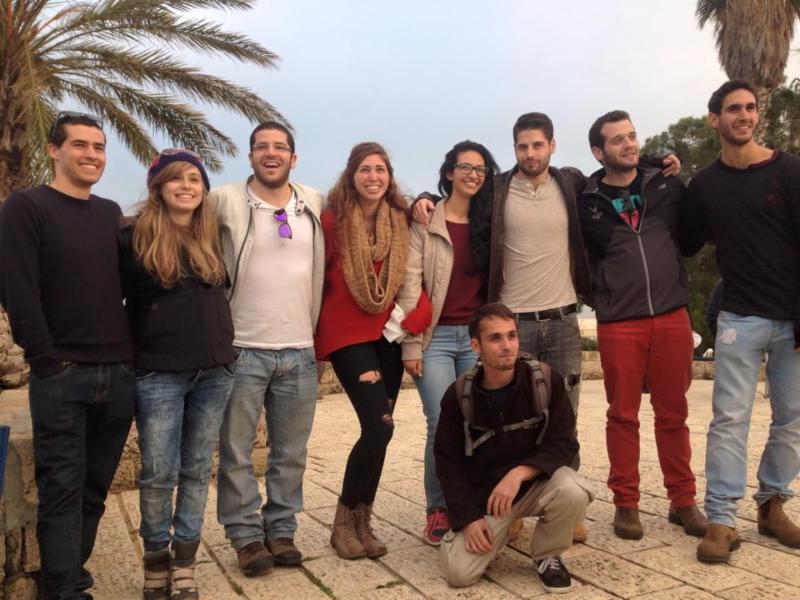 Previous: Learning That I Belong